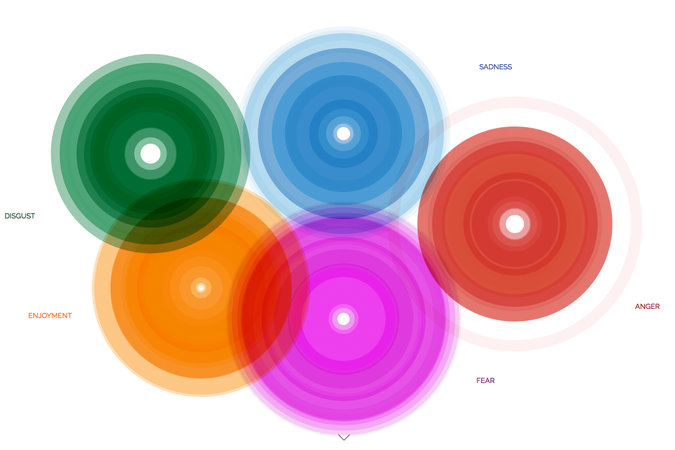 We just saw Pete Docter’s brilliant and sweet Inside Out, which I highly recommend to anyone with a functioning heart and brain. As a sometime student of human emotion, and a fan of Paul Ekman’s work, I was impressed with how well tuned the five main characters were to the real mechanics of emotions. There wasn’t a moment in that film that didn’t ring true. If you haven’t seen it yet, go already!

For those who liked the “who’s driving this thing?” angle of the movie, I want to point out another body of work that I’ve admired for years: Tim Eagan’s Subconscious Comics, which ran in a Santa Cruz newspaper from 1981-2000, and appeared in book form as The Collected Subconscious. It’s a more adult and irreverent take on the same subject, where instead of the five cardinal emotions at the controls, it’s a hairless chimpanzee in tighty-whities known only as “The Boss”, surrounded by an entourage of anthropomorphized neuroses. Definitely not for kids, but lots of fun for grown-ups. Enjoy!